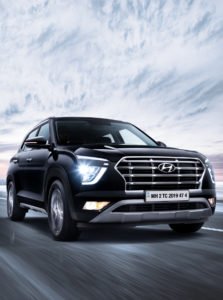 Hyundai has always been faithful and trust worthy especially for Indians not only because of it’s mind blowing cars but also because of it’s special Korean engines and it’s budget friendly cars and when it comes to best 5 seater cars then it would surely point out either to the Verna or the Creta. Creta would surely be an option for the person who is looking for an SUV with great mechanism and a well built in structure.It has always been at the topmost position because of it’s tremendous features but have you ever wondered if Creta is such a hit then how would the all new Creta be.Then let me tell you that the South Korean company has got you the best features it could give in an SUV . It has features like:

*Creta gets you an ABS Which is anti braking system with electronic brake force distribution which is EBD and also rear parking camera with sensors,speed alarm and a seat belt reminder,hill start assist and also an electronic stability control.

The estimated price starts from around 10lakhs and goes up to 17.2lakhs also has fabulous pair of head lights.It was scheduled to be launched on 17th of march. It has an engine which can go up to a cc of 1591 and the mileage can go up to 22.1kmpl and the BHP is 126.2,the service cost comes around INR 4,000 per year.The new Hyundai Creta 2020 gets you it’s five variants which are E,EX,S,SX and SX(O)also it has a glorious interior with a complete refurbished structure.